The Netherlands was one of the first countries to offer international study programs taught in English. It is known for its innovative, unique and straightforward teaching theory, which attracts thousands of international students from all over the world.

Steps to study in Netherland without IELTS

1# Application Process to Study in Netherlands without IELTS

A student can apply to all Dutch universities without IELTS if he has a high school diploma from a school located in and approved by the relevant authorities in:

Top Universities to Study in Netherlands :

2# Tuition Fees and Other Costs:

In the event that the interview is accepted, the student will receive a letter confirming his admission to the study program to which he applied. Then the third step is to pay the tuition fees for your program of study.

It is known that international students pay higher tuition fees than domestic students. You can expect to pay approximately 6,000 – 15,000€ per year for a bachelor’s degree and 8,000 – 20,000€ per year for a master’s degree. Here you will also find information about the cost of studying in the Netherlands.

3# Apply for a student visa

The main question asked by international students who want to study in the Netherlands is is it possible to obtain a Dutch study visa without taking IELTS. But the Netherlands visa rules are definitely getting stricter than before, and if you have proof of being accepted by a Dutch university without IELTS, that is possible.

In Holland, you can find fully funded or partially funded scholarships. Scholarships vary at universities. Therefore, you should check with ask the university if they offer any scholarships or financial aid to students for their program of study. 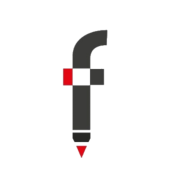